the credit’s only borrowed

The Hamilton Mixtape: Immigrants (We Get The Job Done).

A few weeks ago Somali-Canadian artist K’naan released The Hamilton Mixtape: Immigrants (We Get the Job Done). The song features other artists like Mexican-American rapper Snow Tha Product, British-Pakistani rapper  Riz MC and Puerto Rican rapper Residente. The song reflects on a topic that has been much discussed by Latinx communities in Latin America and “illegal” Latinx immigrants and diasporas in the US, among others: capitalist exploitation and violence perpetuated by (white) Western countries against racialized and “illegal” bodies. 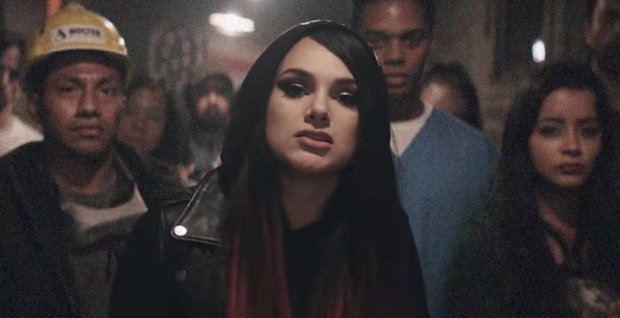 Perhaps not surprisingly, the list of artists telling immigration stories in the Latinx context is heavily dominated by Mexican and Mexican-Americans, as well as cis-men. However, Mexican immigration to the US has declined in the past decade, while the number of women and children crossing the border “illegally” continues to rise every year. Further, LGBTIQ Latinx peoples, primarily those who are Black and/or visibly Indigenous, are some of the most affected by gendered and racialized violence in the context of border politics.

As a member of the Latinx diaspora issues of immigration, criminalization and violence, are close to my heart. If you are part of a low-class, immigrant and/or peasant Latinx community (especially as an Afro-Latinx or as an Indigenous person), chances are you are not only directly affected by immigration experiences and notions of the American Dream, but you have survived violence at the intersection of race, gender, sexuality, class and North-South dynamics. Yet, in my view, the reactions associated with The Hamilton Mixtape: Immigrants (We Get the Job Done) are also a painful reminder that Latinx immigrant communities and diasporas uphold the idea that not all immigrants are made equal. Most importantly, we seem to believe that our worth is intrinsically connected not only with race and gender, but with how much we contribute to capitalist systems and to the continuity of settler States.

The Hamilton Mixtape: Immigrants (We Get the Job Done) was quickly shared by different diaspora and immigrant communities both in Canada and the US, accompanied by a variety of discourses regarding immigration, particularly in view of Trump’s ongoing anti-immigrant policies and narratives. #HamiltonMixTape shows a few of the different ways in which the phrase “we get the job done” has been interpreted. As Latinx diasporas and immigrant communities, for instance, we tend to emphasize the ways in which we contribute to the overall functioning of Western and global economies. We like to remind ourselves and others that we grow the agricultural produce that Americans and Canadians consume; that we do the jobs that “no one else wants” (we are your cleaning people, gardeners, cheap labour, etc.); and that we deserve legal status and economic opportunity by virtue of “getting the job done.” Mexican diasporas are also quick to remind everyone that half of the US used to be Mexican territory up to the 19th century, a narrative that erases the fact that borders, for starters, are colonial fictions that have been used to perpetuate and justify the genocide of Indigenous nations, the enslavement of Black peoples and imperialist processes that exploit racialized Latinxs bodies across borders. Overall, we like to tell everyone that “immigrants make America (or Canada) great.”

The narrative feeds into the broader discourse of the “Good Immigrant,” which is prominent in settler States like Canada and the US. Good immigrants are defined by their willingness to assimilate, their participation in white supremacy, anti-Blackness and anti-Indigeneity, their engagement with capitalism, their condemnation of their own communities and their constant reproduction of colonial-mentality. Good immigrants are also said to “work hard” for their status and their economic stability, which once achieved puts them in a position of policing those immigrants who are not considered good enough by colonial standards.

Within this context “getting the job done” takes on a whole different meaning. While undocumented and “undesirable” racialized bodies may be asking for rights and opportunity based on their economic contributions to settler States like Canada and the US, “legal” Latinx immigrants with class privilege tend to understand “getting the job done” from a neoliberal perspective, where exploitation, violence and assimilation are pre-conditions to achieving legality, citizenship (or visas) and, therefore, rights. This is to say that if you want to become “legal,” you must take on whatever comes you way because as an undocumented person you have committed a massive transgression against the social, economic and political order of the settler State.

From a human rights perspective, whether immigrants get the job done or not it is completely irrelevant. In fact, saying otherwise is not only racist and sexist, but incredibly ableist. Individual rights to safety, freedom, equality, and many other wonderful things are not contingent on whether or not we contribute to the economy or how much we do to keep capitalism going. That is why human rights are said to be universal and apply to everyone. However, among other limitations, human rights approaches still rely on the political will of settler States to “grant” access to the supposedly universal human rights, which often leaves undocumented people at the mercy of State-sanctioned violence. In addition, contemporary understandings of human rights get more neoliberal by the minute. These days, for example, we maintain the idea that violence against women should be eradicated not because women are people, but because gendered violence halts economic growth. We also promote that children’s rights shall be respected not because children are also people, but because abused and exploited children do not become “productive” members of society.

Settler States further rely on the good immigrant discourse and narratives of human rights to erase the many layers that allow (and require) Indigenous, Black and Brown bodies to be exploited for capitalist profit. For instance, both Canada and the US propagate the idea that these countries were built by immigrants—before then, there was nothing… just Terra Nullius, apparently. This erases not only thousands of years of Indigenous histories and resistance, but also the fact that the establishment and continuity of settler States have required ongoing genocide and displacement against Indigenous nations, the enslavement and dispensability of Black bodies and the exploitation of other racialized labour.

But as immigrants—legal or otherwise—pursuing the American Dream, we would like to erase from our collective memories that every immigrant “allowed” in these countries has been accepted to satisfy the economic and political needs of the settler State, and that such privilege comes with a high price of collective trauma, violence, criminalization, dispossession and marginalization. “Getting the job done,” in fact, kills people everyday within and across borders.

Hence, at some point we need to move beyond valuing racialized, immigrant and undocumented lives based on violent and exploitative “contributions.” We also need to recognize that the exploitation of racialized labour coexists with anti-Blackness and anti-Indigeneity, which proves deadly to Afro-Latinx and Indigenous peoples, particularly when they are undocumented women and LGBTIQ folks. Our racialized lives are valuable in themselves, regardless of our economic contributions—or lack thereof—to settler States. To say otherwise is to play into a narrative that will continue to exploit us, marginalize us and ultimately kill us… it has been doing so for 500 years.