Perhaps in an attempt to prove to me that religion was not “outdated” or “backwards” he pretended that his faith was as secular as my atheism. However, Ramadan inevitably came along. Saad had neither missed a Ramadan, nor had he ever failed to fast and pray since he was a kid. That year he was unsure, I could tell… but although I was the person he considered to be the closest to him, he could not get himself to talk about faith and spirituality with me. Over the first few months of our relationships we had had pretty heated discussions about religion. While he had always been taught that religion helped people organize their lives, I grew up thinking that “religion is the opium of the people.”

As an atheist kid, and not much differently than kids in conservative religious families, I believed that I was right about the world by virtue of being “rational.” I do not think my parents ever intended it that way… but it happened. Yet, during my teenage years I had discovered the power of secular and atheist privilege, and I wanted to think that I was beyond the ties and constraints of religiosity. My best friend in high-school was an evangelical Christian who was part of a very conservative family. In my mind, her struggles with her family’s approach to religion were an affirmation of my education as an atheist kid. While she was a “wild kid” trying to escape the realities of her household (which today I know had more to do with patriarchy than religion), I took pride in the fact that I did not feel the need to do anything “wild” because I was “rational” and I did not have to account to a “higher power” (I wanted to believe that so bad!). 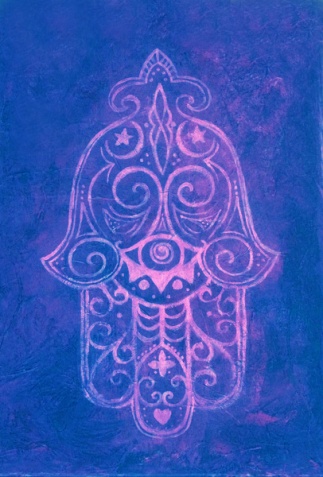 I had not let Saad finish that sentence when, after our second date, he was extremely confused and troubled.

“Well… in my culture, if you go out with the girl you are dating. That’s what it is. And there is nothing wrong with that.” I said.

Saad knew that dating me was “wrong,” at least in his context. Dating me would not only mean breaking away from everything he knew, but also challenging his faith. At the time, Saad’s internal conflicts seemed completely absurd to me. Why would anyone feel so conflicted about something that restricts them so much?!

When Ramadan came along, Saad did not fast and did not pray. I saw the rest of our Muslim classmates do and talk about Ramadan. They talked about sacredness, community and spirituality, words that would make me terribly uncomfortable. Saad avoided them. He did not want to answer their questions or have to explain to them that deep inside he just felt like he had fallen from grace.

One afternoon I came into Saad’s apartment and found him cooking lunch.

“Why aren’t you fasting,” I asked.

“What for? I am already doing a lot of things that contradict my faith… my religion,” he sombrely said.

“Many things… I am not praying, I am not going to the mosque, I am not doing jummah, I am not eating halal food, I celebrated my birthday this year for the first time, with you I must add, and I am dating a kafir. I do not deserve to have God in my life.”

“So, is this about you dating me?” I questioned.

“I don’t think you get it. You are great. But you hold nothing sacred. You can’t understand how my soul feels.” He dropped the conversation.

That was not entirely true. Growing up as an atheist, unlike popular belief, does not mean growing up without morals or values. In fact, these values are often shared with religious people. We hold our families and communities sacred too. We often value life, rights and more. And despite the fact that atheism has gained a bad name through figures like Sam Harris and Richard Dawkins (to mention just a couple of people from a very long list), atheism, as I learned it, does not entail being a racist, sexist, Islamophobic jerk. The difference is mainly on how we go about our values.

But he was right about something. My self-righteous attitude was a huge blind spot. I eventually understood that being “right” about religious matters was completely irrelevant if those matters made sense to someone else.

The night before Eid-al-Fitr I found Saad alone in the university prayer’s space. It was the first time I had seen him pray. He always prayed when I was not around. I sat by the door listening to him. “أستغفر الله‎,” he repeated over and over again. He finished his prayers and turned to me. “I need Allah’s forgiveness… and I need you to understand that,” he said- I nodded- “I am Muslim… that is at the core of who I am. And I may be wrong a lot of the time. And I may be doing things that are wrong, but I do not want to feel like I am not a Muslim anymore.” I nodded again.

That night triggered a lot of thoughts. It was the day that I finally admitted to myself that I was having a crisis of faith. For years I had been feeling certain emptiness in my soul… and emptiness Saad did not have. And even though everything I knew seemed to be true, my spirit was not being nourished. That day was also the last time Saad and I talked about religion and spirituality as a “what if?” Belief, itself, was never questioned again, because at the end of the day it did not matter. Faith, or lack thereof, made us who we were… at least at the beginning… and I had no right to question that.